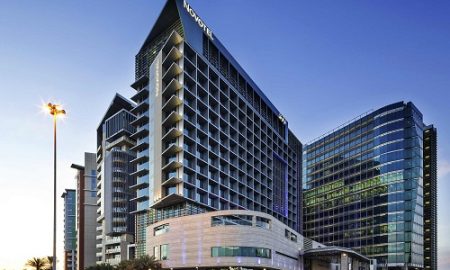 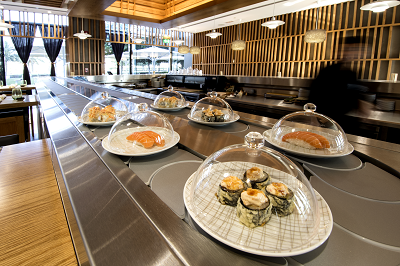 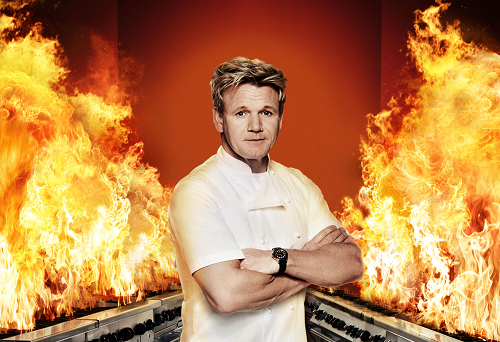 Following its fiery Dubai debut in December 2018, Gordon Ramsay’s Hell’s Kitchen has launched a Hellicious Friday Brunch at the brand-new Caesars Palace Bluewaters Dubai. Having kicked off on 22nd February 2019, the Hell’s Kitchen Hellicious Brunch will take place every Friday from 12.30pm to 4.00pm, delivering a weekend destination dining experience like no other.

Taking place at the second global outpost of Hell’s Kitchen and first-of-its-kind in the Middle East, Hellicious Brunch will offer weekend diners the chance to dive in to an array of signature dishes, alongside a series of live cooking stations, al fresco pop-up stalls and live entertainment.

Offering a dynamic combination of a la carte and interactive live stations, guests can expect a feast of the highest standards. Manned by teams of red and blue, following in the footsteps of Ramsay’s hit TV show, live stations will include an array of beef, salmon and tuna tartare, an oyster tower and hot starters such as all-American brunch classic Chicken and Waffles, decadent Wagyu Meatballs and ‘HK’ signature Eggs in Purgatory. Served, at the table, to order, with unlimited side dishes, mains will include the famous Beef Wellington, Crispy Skin Salmon and Mushroom and Goat Cheese Gnocchi, allowing guests to enjoy a full Hell’s Kitchen experience.

Ending brunch on a suitably sweet note, the Hell’s Kitchen Hellicious Brunch is set to be the stuff of Dubai legends. Expect Sticky Toffee Pudding Pops, layers of the fluffiest Cheesecake, feather light Chocolate Mousse and the most irresistible Chocolate Fountain in the city.

In keeping with Caesars Palace Bluewaters Dubai’s Las Vegas legacy, the fun factor is turned up a notch with live entertainment. At brunch, things will take a decidedly British turn with a live indie band to get brunch guests off their seats, rocking out to the beats of Snow Patrol, Coldplay and Arctic Monkeys.

Brunch would not be a true Hell’s Kitchen experience without the element of a competition. Diners can take part in the Hell’s Kitchen Hellicious Brunch competition known as “The Eton Mess Challenge” where guests can be budding chefs and plate up their own Eton Mess using various ingredients such as meringue, fresh strawberries, mixed berries and passion fruit. Running on a five-minute timer, one successful diner will be announced winner and awarded a dinner for two at Hell’s Kitchen.

Hellicious Brunch is available every Friday from 12.30pm to 4.00pm.

Inspired by the international hit television show and serving the same world-class cooking that made its Las Vegas counterpart a runaway success when it launched in January 2018, Hell’s Kitchen Dubai opened in December 2018 at Caesars Palace Bluewaters Dubai. Created by the multi-Michelin starred chef, TV star and all-round global celebrity Gordon Ramsay, the experiential and immersive destination restaurant is a must-see city attraction for tourists and GCC residents alike.