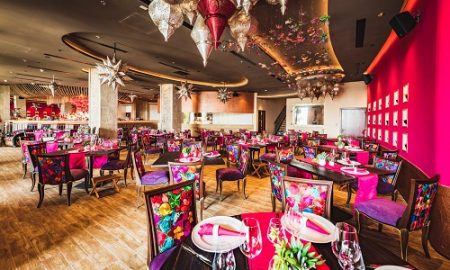 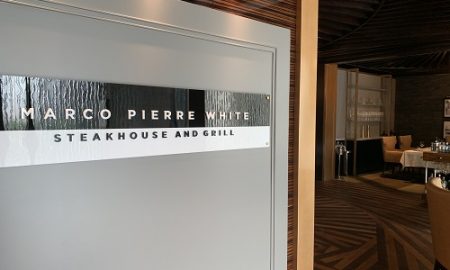 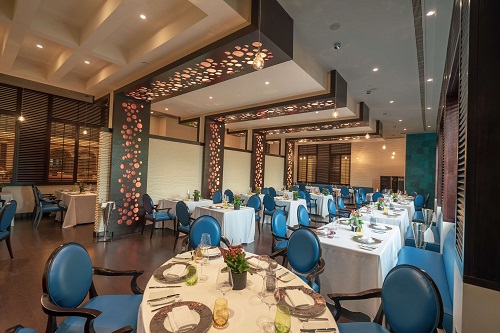 Located at the iconic Gulf Hotel Bahrain foodies will find the gem of Italian cuisine, La Pergola by Perbellini. In true Italian style, as we enter the restaurant we are warmly greeted by the team. The restaurants décor is clean and modern and features small backlit walls, pristine white tablecloths and blue chairs which offer a burst of colour.

La Pergola by Perbellini was opened in 2018 under the leadership of two time Michelin-Star recipient, Chef Giancarlo Perbellini. Chef Giancarlo Perbellini has delivered a composition of Italian dishes, combined with innovation and tradition, complimenting the restaurants contemporary elegance. His cuisine is known for using the highest quality ingredients and preparing all ingredients in house daily. Every hand rolled pasta, kneaded dough and unique sauce is a labour of talent and love.

Chef Giancarlo Perbellini loves to define himself as an artisan cook. Born in 1964 in Bovolone, a quiet town located in the Verona valley, his roots lie in the great Italian rural tradition, where the land and its produce are a fundamental resource. He grew up while cultivating a passion for pastry-making, kept alive by his family, and for cuisine, to which he decided to dedicate his studies and career. His first steps into the culinary arts were taken at the restaurant Marconi and 12 Apostoli in Verona, his career grew and began to take off at the restaurant San Domenico in Imola. The elegant and refined atmosphere at Gianluigi Morini’s grande maison and the French inspiration of Nino Bergese’s cuisine led him to highly regarded restaurants outside of Italy. From Taillevent to Ambroisie, as well as Terrasse in Juan Les Pins and Chateau d’Esclimont, he gained a multitude of experience and created a foundation within haute cuisine. In 1989, he opened an eponymous restaurant in Isola Rizza, where he was able to temper the taste of tradition with innovation. Three years later, in 1992, his hard work produced its first official recognition he was awarded the “Chef Europeen du Poisson”. In 1996, Giancarlo Perbellini earned his first Michelin-Star and in 1998 he was named Emerging Chef by the Espresso Guide. His second star was awarded in 2002, to which were added three forks from the Gambero Rosso guide in 2005. He has been President of the Italian Commission of the prestigious competition for chefs, the “Bocuse d’Or”, since 2010.

Today we are excited to be visiting La Pergola by Perbellini to have a sneak peak of the newly launched Pasta Degustation promotion. The menu features a selection of Spaghetti with Pesto and Calamari, Homemade Gnocchi with Tomato and Basil, Deconstructed Lasagne Moderna with Beef Ragout to name a few.

The Spaghetti with Pesto and Calamari is a great dish especially for those who enjoy a strong pesto taste. The Homemade Gnocchi with Tomato and Basil is my personal favourite, delicious potato gnocchi is paired with a slightly sweet tomato and basil sauce. My dining companion thoroughly enjoys the Deconstructed Lasagne, lighter than usual the thin sheets of pasta make this lasagne dish unexpectedly light and tasty.

With its award-winning restaurants The Gulf Hotel has firmly positioned itself as a gastronomic and entertainment paradise in Bahrain. This September relish four of the best pasta recipes by Chef Perbellini every Monday with Pasta Degustation at La Pergola.