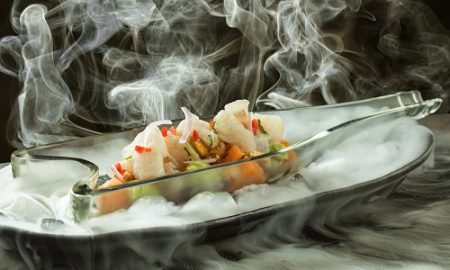 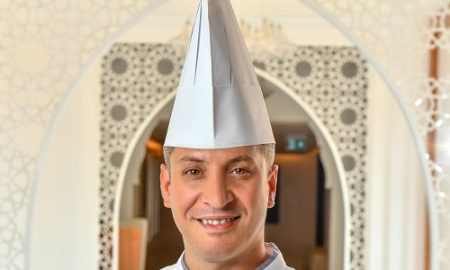 Following the immense success of previous editions, the festive season’s most anticipated ‘dine- around’ is back. Atlantis, The Palm’s Cirque de Cuisine is returning for The Frozen Edition, and following a sell-out status in 2018, this one is not to be missed. Taking place in The Avenues at Atlantis, The Palm on 5th December, 7.00pm until 11.00pm, early bird tickets for the all you can eat, and drink concept start at AED 495 and will include four hours of non-stop fun, including free flowing bubbles from 7.00pm until 11.00pm. Those looking to continue the night will be treated to an after-party from 11.00pm to 2.30am at Wavehouse, where resident DJs will blast jolly classics.

All signature restaurants are open exclusively for Cirque De Cuisine ticketholders and the venues are located in a two-minute proximity of one another, giving guests the freedom to roam and sit freely in any of the participating restaurants moving from one to the next at leisure.

Upon arrival, guests will be welcomed by a choir singing Christmas carols under a giant wreath arch constructed at the entrance and decorated with celebratory ribbons and bells. The Avenues will be lined with Christmas trees, snow-capped streetlamps and fairy lights.

A selection of beverages will be available at eight different bars throughout the venues including a spectacular ‘feature bar’ located in the centre of The Avenues, serving unlimited bubbly, house beverages and the traditional classic, mulled grape throughout the evening.

Fans of Nobu will be able to savour the restaurant’s renowned sushi via the roaming trays in the venue whilst selecting a selection of Nobu signatures including the signature Nobu tacos, yellow tail sushi jalapeno, black cod butter lettuce and succulent beef tenderloin anticucho. The evening will feature Nobu’s resident DJ accompanied by an electronic violinist.

Hakkasan will bring its award-winning Cantonese flair to the culinary extravaganza. The menu will feature signature dishes, such as Peking duck and festive dim sum trios. The experience will be topped off with a delectable dessert of black sesame and chocolate dumplings.

Guests who enter Gordon Ramsay’s famous restaurant can feast on a variety of British favourites with a special twist including the signature mini turkey Wellington, truffle mac & cheese fritters with chestnuts and the veal & fennel sausage rolls. Additional menu items will include roasted veal carpaccio, mulled cured Scottish salmon as well as a scrumptious cheese and bread section.

Offering a traditional taste of Italy, guests at Ronda Locatelli can feast on delights including truffle risotto, baby spinach salad, homemade ravioli and caserecce pasta with duck ragu. A selection of Ronda Locatelli’s signature pizzas will be readily available from the wood pizza oven. The evening’s entertainment will feature an Italian duo playing the best of Italian classics.

Guests who wander into Dubai’s best steakhouse will be thrilled with live cooking stations serving festive roast turkey and an Atlantis beef carvery, as well as Kelly Oysters shooters and a seafood Martini bar. The celebrated savoury short rib donuts and Seafire rossini will be available as well as numerous signature dishes from the a la carte menu.

Cirque de Cuisine: The Frozen Edition will take place on 5th December, 7.00pm until 11.00pm. Early bird tickets start from AED 495 (AED 535 thereafter) and include four-hours of unlimited food and beverages as well as entrance into the Wavehouse afterparty.