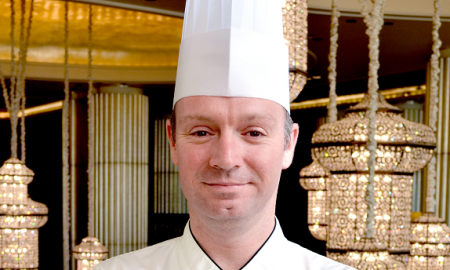 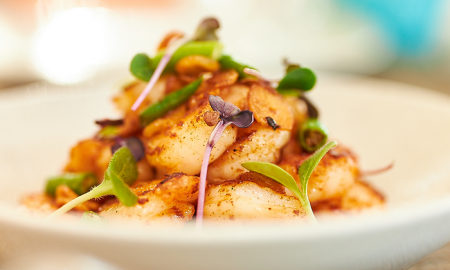 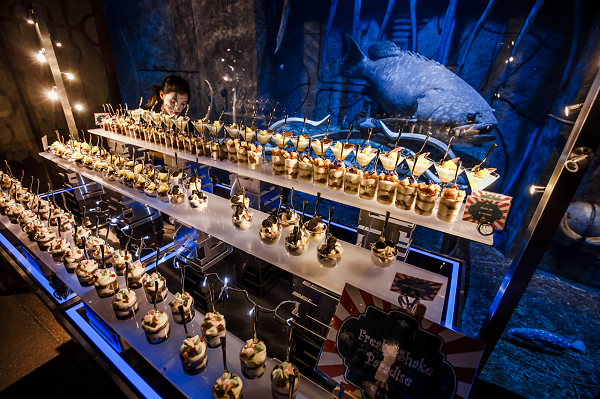 In celebration of this years’ Dubai Food Festival and following the immense success of previous editions, Cirque de Cuisine is all dressed up and ready to Samba, with a ‘Carnival De Brazil’ theme. Taking place during the city’s celebrated food festival, the 28th February will see Atlantis, The Palm’s Avenues fill with carnival revelers at the all-you-can eat and drink concept, starting at AED 495 from 7.00pm until 11.00pm.

The culinary entertainment concept of Cirque de Cuisine allows diners to wander from restaurant to restaurant, enjoying signature dishes, live cooking stations, extravagant buffets, delicious drinks and live entertainment. This gives foodies a great opportunity to explore and discover some of the world’s top restaurants, including Nobu by Nobu Matsuhisa, Gordon Ramsay’s Bread Street Kitchen & Bar, Gregoire Berger’s award-winning underwater restaurant Ossiano, Ronda Locatelli by Giorgio Locatelli and the Michelin-starred Cantonese restaurant brand Hakkasan. All signature restaurants are open exclusively for Cirque De Cuisine ticket holders and the venues are located in a two-minute proximity of one another, giving guests the freedom to roam and sit freely in any of the participating restaurants moving from one to the next at leisure.

For this year’s event, The Avenues will be transformed into an extravagant Brazilian celebration with a captivating colourful carnival theme and show-stopping performers. With an incredible line up of live performances, the event will showcase various entertainers as well as DJs playing throughout The Avenues. Guests can continue their evening with a massive afterparty at Wavehouse, with a cash bar from 11.00pm.

Fans of Nobu will be able to savour the restaurant’s renowned sushi via the roaming trays in the venue while enjoying a selection of Nobu signatures including the house tacos, Nobu-style sashimi and pass-around hot selections of black cod butter lettuce, chicken anticucho and eggplant miso. The mochi bar will be available too, with a selection of green tea, mango, coconut chocolate, espresso and vanilla flavours. The evening will feature Nobu’s resident DJ accompanied by a saxophonist.

Hakkasan will bring its award-winning Cantonese flair to the culinary extravaganza.  The menu will feature signature pass-around dishes, such as the Peking duck, scallop shumai, crispy tiger prawn with pandan leaf and chilli, truffles croquette, salt and pepper squid, jasmine tea smoked wagyu beef and others. The evening will feature Hakkasan’s resident DJ accompanied by a percussionist.

Guests who enter Gordon Ramsay’s famous restaurant can feast on a variety of British favorites with a themed twist, including pescado frito, batatas fritas and carnival super salad. Additional menu items will include roasted veal carpaccio, BSK short rib mini burgers and salmon ahumado, as well as a scrumptious cheese and bread section. The evening’s entertainment will feature a live band, playing British classics with a Latin American twist.

Offering a traditional taste of Italy, guests at Ronda Locatelli can feast on delights including the special carnival colourful vegetables lasagna, gnocchi alla Sorrentina and a selection of Italian cheeses and live cheese demonstrations. Highlights of the Italian feast also include carnival pizzas including Ronda Locatelli’s signatures such as Sao Paolo, Rio de Janeiro, Brasilia and others, readily available from the wood pizza oven.

Dubai’s best steakhouse will treat guests to all of the Seafire classics, but with a Brazilian twist. Signatures will include the “Maya” cream roster corn cappuccino, steak tacos and  a prime cut signature selection of Rangers Valley Black Onyx beef cooked Churrasco Style with a South American marinade. Live cooking stations will also feature Kelly Oysters, a seafood Martini bar and a nacho chip station. Entertainment will come from a Latin American band.

Guests will have the unique opportunity to dine under the sea with a selection of opulent desserts by Ossiano’s chef de cuisine, Gregoire Berger, and the creative in-house pastry team. In addition, there will be numerous live cooking stations serving caramelised smore marshmallows, cinnamon fries and stuffed dulce de leche churros, as well as the incredible smoked nitro popcorn. Those looking to really satisfy their sweet tooth will be thrilled with the selection at the freaky shake paradise as well as the designated donut wall and beignet. Also on the menu are tropical jungle desserts and a Brazilian station of bolo de rolo, a typical Brazilian dessert made from cakebatter wrapped with a layer of melted guava, giving the appearance of a swiss roll.